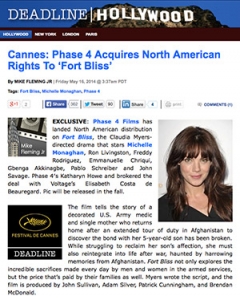 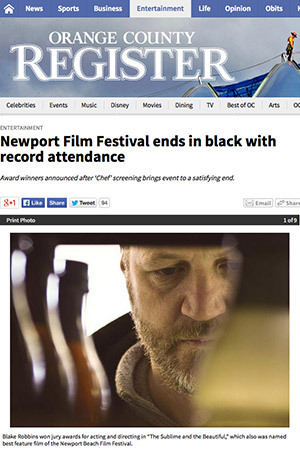 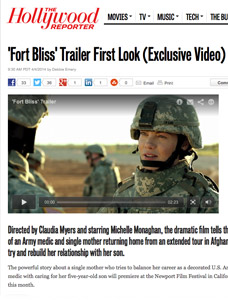 “Directed by Claudia Myers and starring Michelle Monaghan, the dramatic film tells the story of an Army medic and single mother returning home from an extended tour in Afghanistan to try and rebuild her relationship with her son.

The powerful story about a single mother who tries to balance her career as a decorated U.S. Army medic with caring for her five-year-old son will premiere at the Newport Film Festival in California this month…” 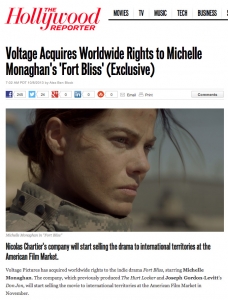 “Voltage Pictures has acquired worldwide rights to the indie drama Fort Bliss, starring Michelle Monaghan. The company, which previously produced The Hurt Locker and Joseph Gordon-Levitt’s Don Jon, will start selling the movie to international territories at the American Film Market in November.

Monaghan, whose credits include Source Code, Made of Honor and Mission: Impossible III, plays a decorated U.S. Army medic and single mother who returns home from an extended tour in Afghanistan to face a troubled relationship with her 5-year-old son. Just as her life begins to stabilize, she is deployed overseas again.

Made for less than $5 million, Fort Bliss is written and directed by Claudia Myers (Kettle of Fish), and produced by John Sullivan, Adam Silver, Brendan McDonald and Myers. Matt Chesse (Monster’s Ball, World War Z) is co-editor and executive producer…”